With power available at the touch of a button, it can be hard to comprehend just how important energy is and how much we use on a daily basis. To put energy into perspective, we've assembled a collection of fun energy facts designed to shed light on everything from lightning bolts and wind turbines to Google searches and LNG compression.

Created by electrical imbalances between storm clouds and the ground, lightning is one of nature's most powerful forces. The phenomenon is caused when the two regions equalise themselves to create an electrical discharge that lights up the sky in the form of a sheet or bolt.

When bolts are released, they superheat the air to almost 30,000°C, which is five times hotter than the sun. Want another explosive energy statistic? The sheer power unleashed by lightning bolts is equivalent to detonating a ton of TNT. 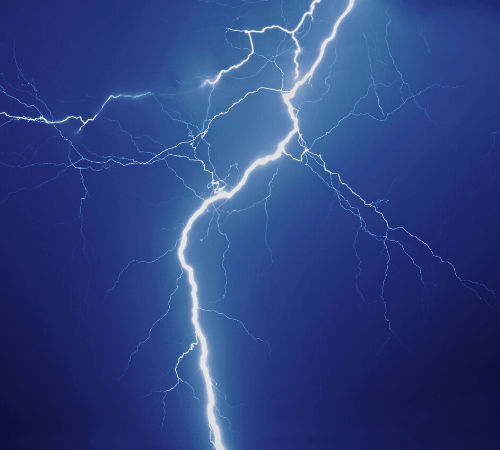 2. Liquified natural gas is reduced by 600-fold before transport

Used to generate heat, power vehicles and create electricity, liquified natural gas (LNG) is favoured as a resource that’s easy to transport and store. To transform the gas into a liquid state, it's chilled to a temperature of -161°C which increases its density by 600-fold.

3. 60 minutes of solar energy could power the Earth for a year

The sun is the most powerful source of energy in the universe, sending 430 quintillion Joules of energy to the Earth every hour. For perspective on this energy stat, this figure is 430 with an additional 18 zeroes tagged on. If humans could harness 60 minutes’ worth of this energy it would be enough to power the Earth for an entire year. According to National Geographic the sun still has around five billion years of life left. By 2040, some experts predict renewables, including solar could be the world's primary source of power.

Read our blogs: myth busting: solar panels do not produce energy in the winter, and comparing the UK's top four renewable energy sources, for more information on solar energy 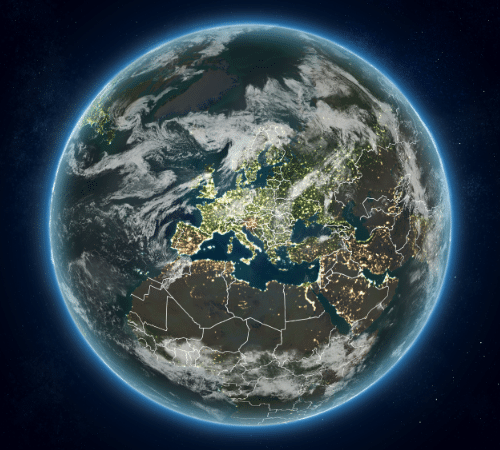 Google processes around 3.5 billion searches per day, or around 40,000 every second. While it takes a matter of seconds to type a query and press enter, conducting 10 Google searches chews through enough energy to power a 60-watt lightbulb.

5. The world has more than 2 million miles of pipeline

Around the world, the energy industry relies on 2,175,000 miles of pipeline. The US accounts for around 65% of this figure, with Russia and Canada also key contributors. In the UK alone there are around 171,000 miles of gas pipes, enough to encircle the Earth more than four times.

6. The word 'energy' is derived from ancient Greece

'Energy' may be a staple in 21st century dictionaries but the term is derived from the Greek word 'energeia' which was created by Aristotle in 384 BC. While it has no direct translation in English, linguistic experts say the world 'energeia' describes a "state of being at work."

7. Food is a form of chemical energy

While energy facts are typically associated with electricity and power, food is also a form of chemical energy that equips living organisms with the sustenance to grow, repair and reproduce. This chemical energy is generally measured in calories or joules. Energy is released into the body during digestion and converted into mechanical energy or heat. 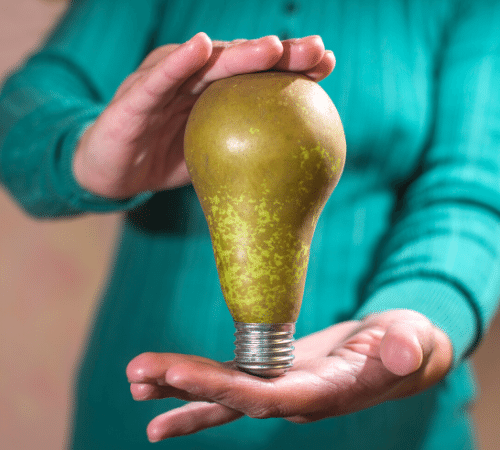 Wind turbines are lauded as an energy source of the future, with the enormous wings of a 2.5MW turbine generating enough electricity to power 1400 homes. This is enough to boil hundreds of thousands of kettles and make 230 million cups of tea, or power a household computer for more than 2000 years.

The UK is currently powered by more than 10,000 wind turbines with a total capacity of 22 gigawatts. This makes the country one of the largest producers of wind power in the world. Many of Britain's turbines are built in China, where factories manufacture around two wind turbines every hour.

Energy statistics that matter to you

As a dedicated energy supplier for SMEs, we work with all our customers to find the right balance, with a renewable power mix that’s completely tailored to you. To find out more, contact our team or get a free, no-obligation quote for your energy today.